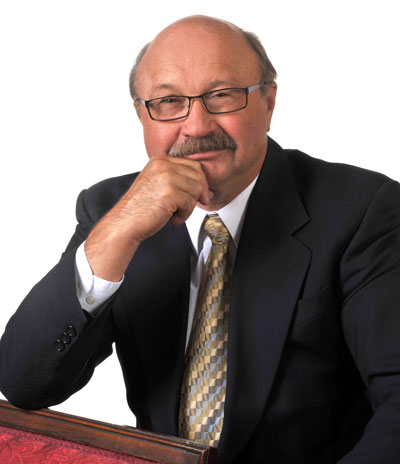 
Sadly Rob is no longer with us. For personal matters, you can email his wife, Deb, at dasopo@rwsgroup.com. Once you met Rob, you rarely forgot him. He loved people with the passionate soul of a musician. All that knew him, knew his warm smile, kindness and zest for life.

Robert William Sopo was born in London, Ontario. Rob started music lessons at age 5. By age 6, he was winning piano competitions. His goal was to win enough prize money to pay for his next year of music lessons, and he always accomplished that goal.

Before Rob was in double digits, he started playing both piano and organ for church services. By the time Rob was 15, he graduated from the London Conservatory of Music, University of Western Ontario, and started directing church choirs. Rob and his adult, youth and children choirs had fun making beautiful music for the Lord. He also taught piano for many years.

For over 30 years, Rob proudly was a church organist and director of music. He has many accomplishments such as recording an album for the Seventh Day Adventist church. For several years, he conducted Christmas Eve services for a London radio station with a choir of 275 voices.

While Rob was a keyboard major, he spent 9 years playing violin with the London (Ontario) Symphony Orchestra. After a 30-year ‘string’ hiatus, he took up his violin again to happily play with the Livingston (Michigan) Symphony Orchestra where he also served on their Board of Directors.

Rob went to the University of Western Ontario for a Bachelor’s degree in Psychology, then the University of Detroit for his Masters in Psych and finally the Union Institute, University of Cincinnati for his PhD in Industrial Organizational Psychology. His PhD was one of his proudest accomplishments – as he finished defending his dissertation while he was recovering from surgery and a successful course of treatment for bowel cancer.

Dr. Rob spent the next several decades as the Founder and President of RWS Group which was a consulting company that offered a variety of services related to human resources, training and development, and business and academic research. His favorite work centered around psycho-vocational and career assessments that helped injured workers find alternative careers based on their interests, talents and skills. He was very active in several professional organizations, where he held numerous leadership positions.

Rob met the love of his life, Deb (Machowski), through friends at church. Together Rob and Deb made a life in the USA with their 2 cats. It was, indeed, a great, blessed choice for both of them for 31 happy years. Rob became a US citizen, but retained his Canadian citizenship as well.

Dr. Rob continued his music career and consulting in the US, and begun to teach at the university level. For about 20 years, Rob was a popular adjunct professor for business, psychology and human resources at the bachelors, masters and doctorate levels. Dr. Rob’s student satisfaction scores were always in the mid-90%. You can see why Dr. Rob was also a popular speaker and educator for his business clients.

Rob continued to serve the Lord with his music, and added handbell directing to his resume. One time, Rob’s bell choir was about to perform when a ringer had a heart attack. Rob came home and charmed Deb into being the last-minute sub. Quite a feat, as Deb had never played a musical instrument before. God works in mysterious ways, as Deb fell in love with ringing. To this day, Deb is grateful for that experience and continues to ring with her church handbell choir.

Both Rob and Deb are in the Guinness Book of Records! In 2016, they were part of the world’s largest handbell ensemble. 664 ringers from around the country kicking off the Salvation Army Red Kettle campaign at Mall of America.

Camping, traveling, hiking, biking and reading are some of Rob and Deb favorite hobbies. Rob also enjoyed golf and his golf buddies.

Recently, Rob’s health began to fail. He was a brittle type 1 Diabetic who successfully managed his disease for 5 decades. Unintended consequences of a 2018 cardiac procedure set his health in a downward spiral that led to dialysis in 2019. Ultimately, Rob’s body wore out and the Lord called him home.

In lieu of flowers to honor this good man, donations can be made to the Waterford Riverside SDA Church Renovation Fund or the Livingston County Meals on Wheels.

Dr. Rob Sopo is interred at St. Patrick Cemetery, Brighton, MI, next to his loving in-laws.